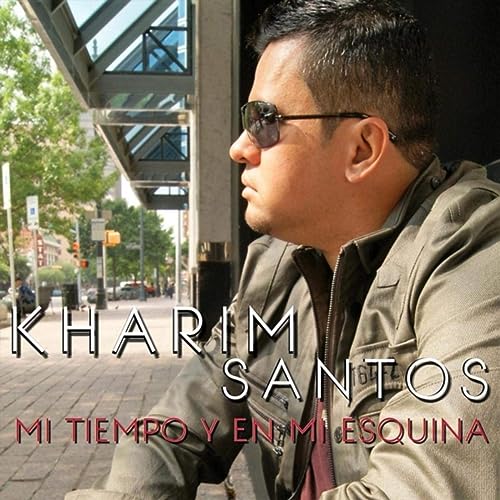 Kharim from the Barrio Puerta De Tierra in San Juan, Puerto Rico is the nephew of one of Puerto Rico’s most iconic vocalists of all time, Daniel Santos. While growing up in his home town Kharim had frequent visitors who are Hall of Famers today: Tito Rodriguez, Vicentico Valdes, Pete ‘El Conde’ Rodriguez, Raphy Leavitt, vocalist Sammy Marrero and Lito Peña of Orquesta Panamericana.

At age 13 Kharim began his career with various local groups that led to his professional debut with Orquesta Panamericana and later Conjunto Chaney. From there he went on to do coro work with many popular bands and vocalists that also led to travelling around the world. His seven years as vocalist for La Solucion seasoned and prepared him for his debut “Mi Tiempo Y Mi Esquina”.

The first single “Dejame Quererte” has started his claim to fame in a CD that combines contemporary concepts with ‘old skool’ music for a refreshing recording that will solidify Kharim as one of today’s standouts. The second single, “Linda”, as well as “Ella” (that he sang originally with La Solucion), another big hit by La Solucion “Mas”, his version of the Tito Rodriguez classic “Estoy Como Nunca”, and the “Dejame Quererte” version with NG2 are all must hits on everyone’s playlist.

Without a doubt a powerful dance album for fans of good Salsa.